Alex is the Company Secretary of a number of associated technology companies based in the City of London.  For the last 30 years, he has worked at director level, both in the UK and overseas, where he has led the organisational communications with stakeholders and built-up relationships.  A large part of this has been in not-for-profit bodies to which he brought cohesion, stability and development.

Alex holds an MBA specialising in Marketing and a Diploma in Theology, Ministry and Mission.  He is a former Fellow of the Institute of Association Management and currently a Fellow of the Charted Management Institute.  He is also an ordained minister in the Church of England with permission to officiate in the City and also in Ealing, where he lives with his wife and adult daughter.

When not serving in some capacity Alex enjoys the creativity of music and poetry as well as hillwalking.  He has a lifelong passion for railways and has travelled across Australia and North America by train.

With the changes to the rail industry, everyone at Railway Mission is excited about the challenges we face for the future and the opportunities these challenges will inevitably bring, but believe God has given us Alex to help overcome those challenges. We ask you to join with us as we pray for Alex and the Trustee Board as we enter this new season for the rail industry, as the government introduces the new Great British Railways. 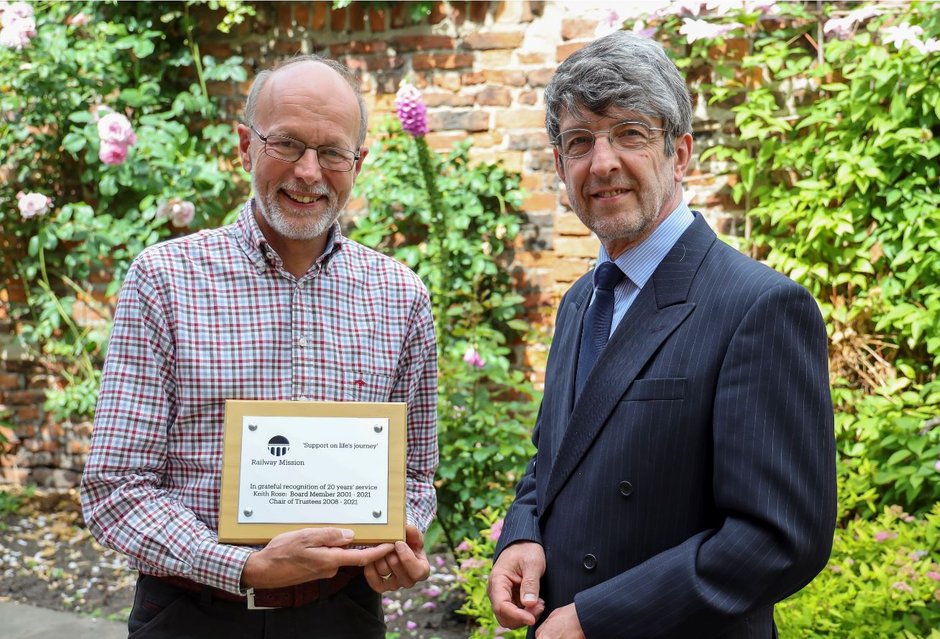