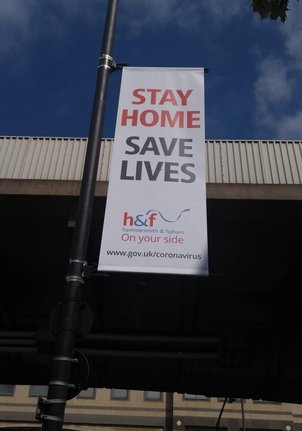 From the earliest days of the railway, our industry has been at the centre of our communities. Perhaps this has never been more evident than during the present COVID-19 pandemic.  The rail industry has maintained a constant and consistent service, providing a vital service to our nation.  Both freight and passenger train companies have continued to operate, carrying vital supplies and key workers, such as those who work for the NHS, to their final destinations. But there is one group within the railway community that is little thought about, yet their work highlights the railway industries selfless support of the wider society in the UK.

At the end of March, the Railway Mission chaplaincy was asked to assist with the welfare support of British Transport Police officers and staff from the Disaster Victim Identification team, who would be working in partnership with the Metropolitan Police, City of London Police and London Fire Brigade. Set up, to relieve pressure on the NHS and to help ensure it would not be overwhelmed. Known as Pandemic Multi-Agency Response Teams, or PMART, small units of police, and fire service staff were to be despatched to a location where a suspected Covid-19 victim had died outside of a hospital setting.

Working alongside the Trauma Risk Management (TRiM) Practitioner, chaplaincy provides pastoral support following the deployment of the Disaster Victim Identification team. The support is designed to ensure that the psychological needs of personnel involved in the event are assessed and managed, thereby improving their psychological wellbeing and building personal resilience; this strategic use of chaplaincy and TRiM support aims to keep officers and staff functioning after traumatic events.

Each team consists of a fire service driver, a police constable and a detective to ensure the death was not suspicious. Health authorities believed around a third of coronavirus deaths in the capital would occur in the community. The teams were to travel in unmarked vehicles and their work would include preparation of the victims’ bodies to allow for the safe removal by the undertakers for burial or cremation. 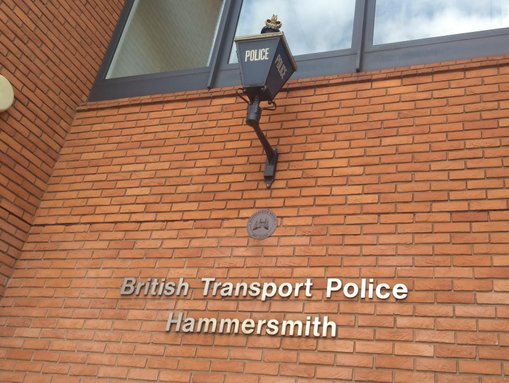 Explaining the role of the British Transport Police officers and staff, Detective Inspector Craig Payne, who has been overseeing the operation, said: "The PMART teams support the friends and family of the deceased through one of the most difficult times in their lives, and at a really difficult time for the country; making the necessary preparations for the deceased to be taken to a funeral home or mortuary, until the arrangements can be made for either burial or cremation."

Some people might question British Transport Police being part of such an operation as it is ‘not railway related’. However, it is community-related, and if our police service is truly to serve the community, then it is right for them to do this work and to be part of something that is important to the wider society within the UK.

When a family has lost a loved one, it is a tragic loss. When that loss is compounded by the death being caused by COVID-19, that tragedy and grief are compounded. Being unable to have the funeral in a way that would be natural for a family’s cultural and religious beliefs is all the more distressing. For the family, than to have police personnel entering their home in full PPE, with masks, visors and full-body suits, could add to their distress.  But with the sensitivity, care and professionalism of the team, families were put at ease and reassured that their loved one was going to be treated with the highest dignity and respect. Carefully explaining the process and even on occasions being part of family prayers for the departed, the team have shown why the British Transport Police Disaster Victim Identification team is respected by the other police forces in the UK and is recognised as an example of professionalism in this field.

In recent years the Disaster Victim Identification teams from BTP have been deployed to numerous mass fatality incidents and undertake a role which many, even in the police service, do not fully understand. The team have deployed to terrorist incidents and disasters throughout the UK and abroad to recover the bodies of those who have sadly lost their lives. The teams painstakingly gather forensic evidence on behalf of the coroner to formally identify the victims.

The identification process involves the comparison of fingerprints, dental records or DNA samples with those stored in databases or taken from victims’ personal effects to positively identify them. Because people are travelling more, there is a high probability that a disaster or terror attack will result in the deaths of nationals from many different countries, as was seen at the London Bridge terror attack. It is a specialist forensic service that takes commitment.